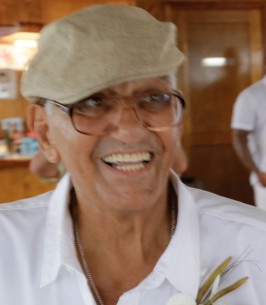 Share this tribute
Memorial Candles Lit for Anthony | SEE ALL
Light a Candle
"We are honored to provide this Book of Memories to the family."
— Oliverie Funeral Home
"To my beautiful father I love you more than life You will forever be in my heart and soul Rest now daddy"
— Your Baby, Jelica
Funeral Details Memory Wall Photos & Videos Plant a Tree

Print
Anthony G Schirripa, 76, of Toms River, New Jersey, passed away, Thursday, January 22, 2020 surrounded by close family and friends.
A memorial mass will be held at 10:30 AM, Wednesday, January 29, 2020 at St. Luke’s Church, Toms River with inurnment at Brigadier Gen Wm C Doyle NJ Veterans Cemetery, Arneytown. In lieu of flowers please make memorial contributions to https://fundthefuneral.com/anthony-g-schirripa/donate. For directions, or to send online condolences, please visit our website at www.oliveriefuneralhome.com.
Anthony was born October 28, 1943 in Brooklyn, New York to Frank and Elizabeth Schirripa. He graduated from Lafayette High School in Brooklyn, New York in 1961. He served in the United States Marine Corp as a Lance Corporal from 1961-1966. On May 31, 1970, he married his wife Maryann Schirripa, in Brooklyn, New York. Anthony was employed by Conair and retired at the age of 45. Anthony and his wife opened their own restaurant and bar business in Lakewood, New Jersey. He was a bus driver and taxi driver; he enjoyed working to provide for his family and took pride in all he did. He was a 50-year member of the Knights of Columbus Council #4969. He enjoyed traveling, talking on the phone, playing cards, playing sudoku, watching tv and spending time with his daughters and grandchildren whenever he could. He was one of a kind; someone that made such an impression on you that you can never forget him. Anthony was so smart, caring, funny and charismatic. He was the guy who would give you the shirt off his back. Anthony was the best dad and pop-pop; we are all better people because of him.
Anthony is survived by his three daughters, Michele Alderman and her husband Scott, Rachael Schirripa, Anjelica Rivera and her husband Felix; 3 grandchildren, Dominic Alderman, Isabella Nelson, Anthony Alderman; his brother Carmine Schirripa and his wife Mariejean. He was preceded in death by his parents, Frank and Elizabeth, his sister Nancy, his brother Rocky and his loving wife of 48 years, Maryann Schirripa in 2018. Anthony was a good man, loving father, husband, grandfather, and friend to everyone.
A very special thank you to the people at Serenity Hospice, Atlantic Care Rehabilitation and Monmouth Medical Hospital Southern Campus for their loving care and support during his final days. Also, the family would like to extend their sincerest gratitude towards Oliverie Funeral Home & Crematory for being very accommodating and understanding during this difficult time.

To plant a tree in memory of Anthony Gerard Schirripa, please visit our Heartfelt Sympathies Store.

We encourage you to share any memorable photos or stories about Anthony. All tributes placed on and purchased through this memorial website will remain on in perpetuity for future generations.

To my beautiful father
I love you more than life
You will forever be in my heart and soul
Rest now daddy
Your Baby, Jelica - Thursday January 23, 2020 via Memorial Candle
Share This:

Dear Schirripa Family, Our deepest condolences. May you find comfort in the memories you hold.
Heartfelt Sympathies, Your Friends At Atlantic Co - Thursday January 23, 2020 via Heartfelt Sympathies
Share This:
1
Page 1 of 1
Share
×

Share on Facebook
Plant a Tree in Memory of Your Loved One
An Honouring a Life memorial tree is a unique tribute which provides global benefits like no other memorial gift could.
Plant a Tree
Family Log-In