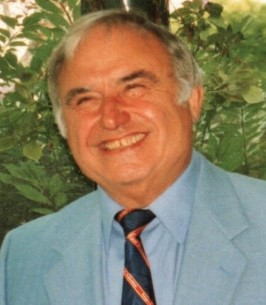 Share this tribute
Memorial Candles Lit for Anibar "Andy" Yglesias | SEE ALL
Light a Candle
"We are honored to provide this Book of Memories to the family."
— Oliverie Funeral Home
"I will always hold in my heart is smile, laughter and love for family, friends, and life. One of the truly nicest men I have had the privilege..."
— Jeanne and Dave Moir
Funeral Details Memory Wall Photos & Videos Send Flowers

Print
Andy Yglesias of Manchester N.J. died peacefully Thursday, January 28,2021. Andy was the youngest of 12 children born to the late Francisco and Piedad Yglesias, September 3,1938 at Harlem Hospital N.Y. He grew up in the South Bronx and later reminisced with his family about jumping over roof tops through the neighborhood, weekly fire evacuations or recalling the delicious Cuban food his mother cooked. At the age of 17 he enlisted into the U.S. Air Force. His stories relating to his times spent at Thule Air Force Base, Greenland or Plattsburg AFB, were worth the price of admission. Andy regarded his service in the Air Force as a great life experience. After his discharge he embarked on various career paths, but made his mark in the Market Research Data Processing field. He became a highly regarded executive at W.R. Simmons Market Research N.Y. and eventually opened his own business. While raising his own family he resided in Staten Island, Tinton Falls, and Jackson N.J. Upon retirement from the business world, he and Linda moved to Manchester where he became a Jackson Twnshp school bus driver, a job he loved. Andy was a Fourth Degree Knight and PGK of Jackson Council #11529. Here he made lifelong friendships and learned what it meant to be a Brother with love and charity for any one in need. He had a great sense of humor and enjoyed spending time with his family and friends, playing cards with his L VW poker buddies, traveling with Linda and rooting for his Jets. He will always be remembered for his love of singing (popular or songs only he knew somehow), dancing, laughing, Christmas, partying and K of C gatherings. When Andy entered a room, he OWNED it, and loved to hold court and share his stories. He accomplished so much in his life but was held back in his wish to get his N.Y. Jets to another Super Bowl. On the first day of each season, he was heard to say "This is their year, there's no way they can lose" ... And so it went for more than 50 years. Andy was predeceased by his son Cory in 2019 and his 11 siblings: Mario, Julio, Frank, Gloria, Rene, Aurora, Olga, Hilda, Estella, Aida and Josephina (Jay). Surviving are his wife of 41 years, Linda, sons, Vincent and Richard and daughter Miki. Granddaughter Erica, 2 brothers-in-law Terrence and wife Linda LoGiurato, Philip and wife Marty LoGiurato. Left to remember the sound of his laughter are his many Yglesias and LoGiurato nieces and nephews, especially Godson Frank and Goddaughter Loretta. He was truly blessed with all the loving friends he was surrounded with over the years and he loved them all. A Funeral Mass will be celebrated Wednesday February 3 at 11 AM. For those who are more comfortable and understandably so the services will be live streamed. In lieu of flowers, Andy's favorites are Wounded Warrior, K of C Council 11529, a charity of your choice or do a good deed and help a friend. A celebration of Andy's life will be held at a safer time.
To livestream Andy Yglesias' services, copy & paste the link below into your web browser
https://iframe.dacast.com/b/156599/c/534023

To send flowers to the family of Anibar "Andy" Yglesias, please visit our Heartfelt Sympathies Store.

We encourage you to share any memorable photos or stories about Anibar. All tributes placed on and purchased through this memorial website will remain on in perpetuity for future generations.

Our deepest condolences and solemnly thoughts are with you and everyone who adored Andy! My wedding day was extraordinary because if him. Love to you
Jenn Ed Ian and Laci Sabin - Tuesday February 02, 2021 via Memorial Tree

In honor of a great man
Ed McGinnis - Tuesday February 02, 2021 via Donation
To: Wounded Warrior Project
Share This:

I will always hold in my heart is smile, laughter and love for family, friends, and life. One of the truly nicest men I have had the privilege to know and call a friend.
Jeanne and Dave Moir - Monday February 01, 2021 via Memorial Candle
Share This:
PL
Our heartfelt sorrows for our wonderful brother-in-law who gave us great memories of Hilton Head, Candlewood Lake, Outer Banks, Sea Colony, NJ and CT. He always lit up the room with his talk and laughter. An original NY JETS fan from the old Titan days who had been wishing for a championship with all of us.
We will miss you dearly Brother
Love Marty & Flip

Miki, Our thoughts and prayers are with you and your family. With love and blessings, Dickie, Mary and the Staff of Purr'n Pooch
Monday February 01, 2021 via Heartfelt Sympathies
Share This:
AS
Our condolences for your loss. He will be well remembered. Alice & Ken Stephens
Alice Stephens - Sunday January 31, 2021 via Condolence Message
Share This:
S
“Our Andy”had a “Smile” that lite up a room! He will be dearly missed! His n Linda’s Christmas Party’s were a get together that we all so looked forward to n got one into the “Holiday Spirit”! U R our “Special Angel” looking down n watching over us- one day we’ll all be together again! Rest well our very “dear friend”- we luv u n so “glad” to have been a part of ur life! Tom n Shirley xoxo❤️