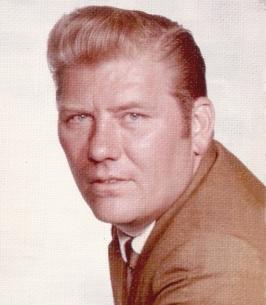 Share this tribute
Memorial Candles Lit for Alan | SEE ALL
Light a Candle
"We are honored to provide this Book of Memories to the family."
— Oliverie Funeral Home
"To JOANN and Cindy my deepest sympathy , Robert Tagliaferro , We shared Lin and Roberts children that they graced us with. You will be..."
— Robert Tagliaferro Sr.
"Warm thoughts and resolve to all of the family."
— Robert & Victoria Tagliaferro
Funeral Details Memory Wall Photos & Videos Send Flowers

Obituary for Alan A Laufenberg

Print
Alan A. Laufenberg, 87, of Leisure Knoll, Manchester died Wednesday, April 15, 2020 at AristaCare of Manchester. Born in North Bergen, he lived in Toms River for 32 years before moving to Manchester in 2000. He was an Air Force veteran of the Korean War. Alan was employed for 15 years with Firestone Tire, Cranbury, as Warehouse Supervisor before retiring 30 years ago. Afterwards, he worked part time for the Toms River Bureau of Fire Prevention for 9 years. He was a parishioner of St. Joseph’s Church, Toms River. Alan was an avid golfer who enjoyed watching old Western movies, but most of all he loved spending time with the family he adored. He is predeceased by a daughter, Lynne Tagliaferro, who died in 2018. Surviving is his loving wife of 60 years, Joann (Bongiovanni) Laufenberg, a daughter, Cynthia Laufenberg of Glenside, PA, son-in-law Robert Tagliaferro, 2 grandchildren, Anthony and Victoria, and 2 great-grandchildren, Lilianna and Memphis. A memorial gathering will be held at a later date. Cremation is private. In lieu of flowers, donations can be made in Alan's name to Memorial Sloan Kettering Cancer Center.

To send flowers to the family of Alan A Laufenberg, please visit our Heartfelt Sympathies Store.

We encourage you to share any memorable photos or stories about Alan. All tributes placed on and purchased through this memorial website will remain on in perpetuity for future generations.

Dear Joanne, So sorry to hear of Alan's passing. Our thoughts and prayers are with you. Please accept our sincere sympathies.
Pat and David Dow - Tuesday April 21, 2020 via Heartfelt Sympathies
Flowers were purchased and a memorial tree was planted
Share This:
TH
Aunt Joanne and Cindy, we are so sorry for your loss. Uncle Alan is in a place of peace and with lynne. He will be missed by all that knew and loved him. Keep your memories close to you heart and never forget how much he loved you. Much love and prayers for you both ❤🙏 love jim Lori shelbey and Jimmy hasselbrick
The Hasselbrocks - Monday April 20, 2020 via Condolence Message
Share This:

Remembering you and "Alan Laufenberg" in our minds and in our hearts.
Pickel, Hasselbrock and Bongiovanni Families - Saturday April 18, 2020 via Heartfelt Sympathies
Flowers were purchased and a memorial tree was planted
Share This:

To JOANN and Cindy my deepest sympathy , Robert Tagliaferro , We shared Lin and Roberts children that they graced us with. You will be missed Alan. Bob Tagliaferro
Robert Tagliaferro Sr. - Thursday April 16, 2020 via Memorial Candle
Share This:
1 2 next page >>
Page 1 of 2
Share
×