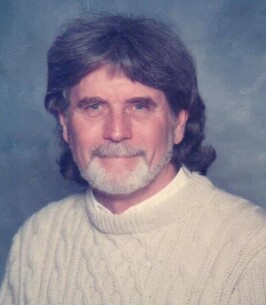 Memorial Candles Lit for William | SEE ALL
Light a Candle
"We are honored to provide this Book of Memories to the family."
— Oliverie Funeral Home
Funeral Details Memory Wall Photos & Videos Send Flowers

Print
William Parzygnat, 83, of Westlake Community, Jackson, died Saturday, April 30, 2022 at Bartley Healthcare, Jackson. Born in Perth Amboy, he resided in Morristown for many years before moving to the West Lake community in Jackson in 1999. He was an electrical engineer for Lockheed, Bell Labs and Lucent Technologies for many years before retiring in 2003. He was instrumental in many of their patents. He enjoyed tinkering with cameras, clocks, telescopes, computers & motorcycles. He taught himself piano & Violin and dabbled in art, music & drawing. He was a member of the Westlake Community Club. He was predeceased by his wife, Dianne, on April 10, 2022, and his brother, Edward J Parzygnat on June 28, 2008. He is survived by his nephew, Edward Parzygnat; and nieces: Elaine Connolly, Joanne Conant, Edna DeLorenzo-Mackey, & Veronica Pavelko. Visitation is Thursday 8:30-9:30 AM at the Oliverie Funeral Home 125 S, Cooks Bridge Rd Jackson. Funeral Liturgy is 10 AM at St Aloysius Church in Jackson, with entombment to follow at St Joseph Cemetery, Toms River. In lieu of flowers, donations can be made to the Michael J Fox Parkinson’s Foundation, Church Street Station, PO Box 780, New York, NY 10001.

To send flowers to the family of William Parzygnat, please visit our Heartfelt Sympathies Store.

We encourage you to share any memorable photos or stories about William. All tributes placed on and purchased through this memorial website will remain on in perpetuity for future generations.

Provide comfort for the family of William Parzygnat by sending flowers.
Send Flowers
next page >>
Page 1 of 0
Share
×