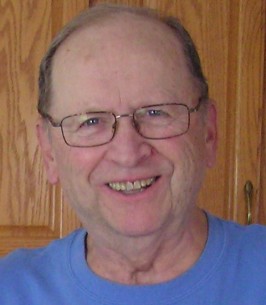 Share this tribute
Memorial Candles Lit for Walter | SEE ALL
Light a Candle
"We are honored to provide this Book of Memories to the family."
— Oliverie Funeral Home
"George, your father lived a wonderful life. I remember the smile from meeting him years ago. He was a very friendly, likable gentlemen..."
— Ella Toombs
"My deepest sympathy, love and respect to Marta, George and family. "
— Elizabeth
"My deepest sympathy, love and respect to Marta, George and family. "
— Elizabeth
"George - My thoughts and prayers are with you and your family. Peace, "
— CMW JD
"Dear Aunt Marta, George, Andrew, Irene and Eugene, We are very sorry for your loss. Uncle Walt was an amazing man! He will truly be m..."
— The Zencak family
"Dear Marta and Walt's wonderful family, all of us that knew Walt will remember him as a kind-hearted, happy, hard-working, and a very j..."
— Russ and Gayle Mulkewycz
"We love you and miss you, Uncle Walt. You always made us smile. Thank you for the wonderful memories. Love, Mike, Margie, and Kayla..."
— Mike, Margie and Kayla Mulkewycz
Funeral Details Memory Wall Photos & Videos Send Flowers

Print
Walter Turiansky, 89, of Lakewood, N.J., died peacefully at home Thursday, November 5, 2020 three days prior to his 90th birthday and after more than a three-year courageous battle with multiple myeloma. Born in Stecewa, Ukraine he resided in South Orange, N.J. for 36 years before moving to Lakewood, N.J. in 1999. During and after WWII, Walter and his family had to flee their home in Stecewa and lived in displaced persons camps in Austria between 1944 and 1949. In 1949, he immigrated to the United States and in 1955 became a naturalized citizen. On June 1, 1957 he wed his long-term sweetheart and the love of his life, Marta Mulkewycz. He was a member of the Reserve Officers’ Training Corps (ROTC) and served in the U.S. Air Force from 1957-1960 leaving the service with the rank of Captain. Walter obtained Bachelor of Science and Master’s degrees both in electrical engineering at the New Jersey Institute of Technology. He served as a senior engineer then as a supervising engineer before being promoted to principal electrical engineer at Public Service Electric and Gas Company in Newark, N.J. where he was employed for 40 years before retiring in 1997. Walter was a past member of the American Institute of Electrical Engineering. He was a long-time parishioner of St. John the Baptist Ukrainian Catholic Church, Newark, N.J. Walter, a gentleman in all respects, was an exceptionally loving, dedicated, hardworking, and devoted husband, father, grandfather, and uncle. At all times, Walter’s highest priority was the welfare of his devoted wife and four children. He lived by example and thus was a tremendous role model for his family and others. Walter was an extremely kind, caring, and fair person with the highest integrity who was always willing to help others. His infectious, warm smile and bright blue eyes lit up any room he walked into. People gravitated to his friendly, easy-going way and honesty. Walter was an avid sports enthusiast and enjoyed playing tennis, watching boxing, soccer matches, and ice hockey games, and fishing off the Jersey shore. He was a gardener extraordinaire and loved designing and maintaining the beautiful gardens around his homes. Walter, an accomplished do-it-yourselfer, was particularly intrigued by and talented in fixing anything that was broken or not working at home or in the car including helping his neighbors with home repairs and projects. He was a prior member of both the Engineering Committee and the Men’s Club at his retirement community. He was predeceased by his parents, Teofilia Fedorovych and Vasyl Turiansky; two sisters, Emilia Weryha and Olha Bilobzetzki; nephew, Christopher S. Mulkewycz; and recently by his niece, Halyna S. Rusnov. He is survived by his loving wife of 63 years, Marta; their three sons, Dr. George W., Andrew W., and Eugene B. and his wife, Rosa; their daughter, Irene M. Zherebetsky and her husband, Oleh; 5 grandchildren, Ariana, Shelby, Mark, Sophie, and Jason; extremely supportive brother-in-law and sister-in-law, Russell and Gayle Mulkewycz; two nieces including Deborah Elko and Patricia Zencak R.N. who was also his Goddaughter and who helped tremendously in assisting with her uncle’s care; three nephews including two Godsons, Ihor Weryha and Michael Mulkewycz, and Bohdan Bilobzetzki; additional extended family in the U.S. and Canada; and many dear friends and neighbors. Inurnment will be at Arlington National Cemetery, Arlington, Virginia, at a future date. Celebration of life will be private. In lieu of flowers, the family would appreciate donations in memory of Walter Turiansky to the Multiple Myeloma Research Foundation at https://www.themmrf.org/tribute -in-memory-of or (203) 229-0464 or to the charity of your choice.

To send flowers to the family of Walter Turiansky, please visit our Heartfelt Sympathies Store.

We encourage you to share any memorable photos or stories about Walter. All tributes placed on and purchased through this memorial website will remain on in perpetuity for future generations.

George, your father lived a wonderful life. I remember the smile from meeting him years ago.
He was a very friendly, likable gentlemen with a terrific wife and an engaging son.
Ella Toombs - Thursday November 12, 2020 via Memorial Candle
Share This:

In memory of my uncle Walter Turiansky may he rest in peace.
Ihor Weryha - Tuesday November 10, 2020 via Donation
To: Multiple Myeloma Research Foundation
Share This:
IW
Dear Marta and the entire Turiansky family. It was with the deepest sadness, that I heard of the passing of my uncle Walter. I will always remember him as a man with a smile, a calm demeanor and a quick wit. Sincere condolences from Debbie Adam, Daniel, Melanie and myself.
Vichnaya pamiat
Ihor My deepest sympathy, love and respect to Marta, George and family.
Elizabeth - Monday November 09, 2020 via Memorial Candle
Share This:

My deepest sympathy, love and respect to Marta, George and family.
Elizabeth - Monday November 09, 2020 via Memorial Candle
Share This:
DE
Dear Aunt Marta, George, Andy, Irene and Eugene,
We are saddened to hear about Uncle Walt's passing. Uncle Walt was such a smart and talented man, but at the same time, he had the best dry sense of humor to me-I will always remember him making me laugh! May you all cherish the wonderful moments you had with Uncle Walt to give you peace during this very difficult time and know that my family is praying for yours.

George - My thoughts and prayers are with you and your family.
Peace,

Dear Aunt Marta, George, Andrew, Irene and Eugene,
We are very sorry for your loss. Uncle Walt was an amazing man! He will truly be missed. We hope you can find some comfort when thinking about all of the wonderful years and memories you have created and shared together. We are thinking of you and praying for your comfort.
All our Love,
Patty, Kevin, Kevin, Michael, Christina and Victoria
The Zencak family - Sunday November 08, 2020 via Memorial Candle
Share This:

Dear Marta and Walt's wonderful family, all of us that knew Walt will remember him as a kind-hearted, happy, hard-working, and a very joyful person to be around. Please take comfort in knowing that now you have a Special Guardian Angel to watch over all of you. May your hearts be filled with wonderful memories of special and joyful times together.

In loving memory of a wonderful person. He will always live in our hearts and prayers.

We love you and miss you, Uncle Walt. You always made us smile. Thank you for the wonderful memories.
Love, Mike, Margie, and Kayla
Mike, Margie and Kayla Mulkewycz - Saturday November 07, 2020 via Memorial Candle
Share This:
1
Page 1 of 1
Share
×

From: Yurij
Dad’s 80th birthday party
Share on Facebook
Send flowers to the family
Choose from beautiful standing, table and basket arrangements. Safe and secure online ordering.
View Flower Arrangements
What has already been purchased for the family?
Place a Donation
Choose from a Family Preferred Charity or select your own.
Place a Donation
Family Log-In