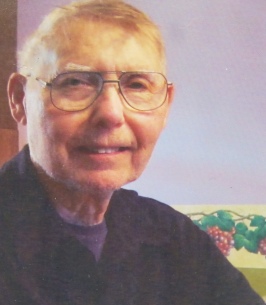 Memorial Candles Lit for Walter | SEE ALL
Light a Candle
"We are honored to provide this Book of Memories to the family."
— Oliverie Funeral Home
Funeral Details Memory Wall Photos & Videos Plant a Tree

Print
Walter J. Dryla, 93, of Whiting, died Friday, February 21, 2020 at home. Born in Iselin, he had resided in various towns in NJ, then Alverda, Pa, before moving to Whiting about 10 years ago. He was a graduate of Rutgers University earning his Master’s Degree. He was a master economist for over 30 years for the State of NJ. He was a US Navy veteran of WW2 serving aboard the Battleship USS Iowa. He enjoyed golfing, collecting coins, stock markets, following the economy, classical music, and enjoyed writing, as he has his own unpublished book regarding the wellness of the US economy. He often donated to the Rutgers Alumni, and was part of the US Navy Military Band playing the cello & flute, and also dabbled with the piano and saxophone in his spare time. He was predeceased by his wife, Dolores Dryla; brother, Steven Dryla; and sisters, Catherine & Jean. He is survived by his sister in law, Kellee Bassaro; brothers in law, Frank & Jeff Barrett; great nephew, Michael Barrett & his wife, Chelsie; and great great nephew, Cooper. Cremation is private. Oliverie Funeral Home, Manchester is in charge of arrangements.

To plant a tree in memory of Walter James Dryla, please visit our Heartfelt Sympathies Store.

We encourage you to share any memorable photos or stories about Walter. All tributes placed on and purchased through this memorial website will remain on in perpetuity for future generations.

Add Photos Post Condolence
PM
On behalf of all of us at Rutgers University Foundation, I send my heartfelt condolences to the family of Walter James Dryla on his recent passing. I had the pleasure to get to know Walter within the last 18 months and discovered his love of family, friends, country and Alma mater. Walter was a true and loyal alumni, a generous donor and great friend of Rutgers. He will be missed.
Patricia Mecca - Friday March 06, 2020 via Condolence Message
Share This:
1
Page 1 of 1
Share
×