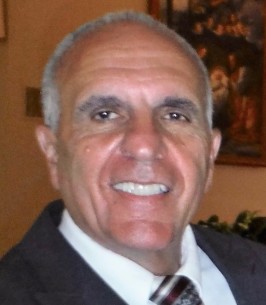 Print
Simone “Joe” Pepe 72 of Jackson died peacefully at home surrounded by his family on Sunday May 16, 2021. Born in New York City, he resided in Jamesburg for 6 years prior to moving to Jackson in 1979. Joe worked as a high school English teacher for the Monroe Twp Board of Education from 1972 until 1979 and the Jackson Twp Board of Education from 1979 until his retirement in 2002. He earned his BS from Seton Hall University, his Master’s degree from Rutgers University, and his Guidance Degree from Georgian Court University. Joe was a renaissance man, who used his intelligence & creativity as a problem-solver. He was kind, generous and tenacious; paired with a great sense of humor. Joe started and was head coach for the wrestling program at Monroe Twp High School from 1974 to 1979. Upon moving to Jackson, he coached wrestling for Jackson Memorial High School from 1979-1986. As his family grew, he volunteered his time with the Jackson Twp Recreation Dept coaching recreation wrestling and girls' softball along with coaching baseball for Jackson Little League. For years, Joe was the official events photographer for all Jackson High School events. His many hobbies included: playing guitar, riding his ATV and Can-Am Spyder, traveling, surf fishing, bowling, snorkeling, swimming, kayaking, playing tennis, RV camping, biking, gardening and landscape design, and photography. He loved Broadway shows and was an avid Rutgers University Wrestling fan. Joe was a voracious reader, researcher and writer. He was a selfless man who was a foster father to 4 young men. Surviving is his wife of 44 years, Marie Pepe, son, Antonio Pepe & his wife Ashley, daughters, Jacqueline Gallipoli & husband Kenny, Veronica Akhtar & husband Fahad and 6 grandchildren, whom their "Papa" adored: Leighton, Dylan, Brynleigh, Charles, Cameron & Wally. Visitation is Sunday from 1-5 PM with a 4 PM Life Celebration by the family at Oliverie Funeral Home 2925 Ridgeway Rd Manchester. In lieu of flowers please make donations to Memorial Sloan Kettering Cancer Center 1275 York Ave, New York, NY 10065 or www.giving.mskcc.org.

To send flowers to the family of Simone G Pepe, please visit our Heartfelt Sympathies Store.

There are no affiliations for Simone Pepe

We encourage you to share any memorable photos or stories about Simone. All tributes placed on and purchased through this memorial website will remain on in perpetuity for future generations.

Add Photos Post Condolence
WR
Our condolences from the Resto family , Joseph Simone Pepe was an amazing man. He was my first wrestling coach in middle school then continued through my Junior year of high school. He was also my English teacher in high school, he was a great mentor for me, I always looked up to him and he went above and beyond his duties as a coach and teacher for me , for that I will always be grateful. I truly feel blessed that he took an interest in me as a child and when I got older I enjoyed spending time with him and Marie, it was an honor to call him friend and he will be missed dearly.

From our family to yours with all our love, Wally and Maria Resto
Wally Resto - Saturday May 22, 2021 via Condolence Message
Share This:

Our deepest condolences for Marie and her family ,Joe was a selfless man and he was adored by me and my family and he will be greatly missed by many.
Wally and Maria Resto - Saturday May 22, 2021 via Heartfelt Sympathies
Share This:

Joyce Maldonado - Wednesday May 19, 2021 via Memorial Candle
Share This:
DG
Dear Marie, Tony , Ashley & Pepe Family. . . I am truly sorry to hear of your loss. Please accept my deepest condolences and may the Lord bless and comfort your family in this time of grief. My prayers are with you. . . sending lots of hugs xoxoxoxo Love, Debby Gialanella
Deborah L. Gialanella - Tuesday May 18, 2021 via Condolence Message
Share This:
PH
Veronica and Family,
My deepest condolences on the passing of your father.
Sincerely,
Patricia Hill
PATRICIA HILL - Monday May 17, 2021 via Condolence Message
Share This:
1
Page 1 of 1
Share
×