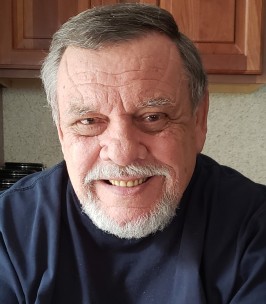 Share this tribute
Memorial Candles Lit for Russell W Allen | SEE ALL
Light a Candle
"We are honored to provide this Book of Memories to the family."
— Oliverie Funeral Home
"Thank you for sharing your light with so many of us. Peace & Blessings!"
— Clare Keany
Funeral Details Memory Wall Photos & Videos Send Flowers

Print
Russ was born on June 24, 1945; a "Native Staten Islander"- born and raised on Staten Island. When he was young, he was called Rusty. He attended Curtis High School where he played basketball and baseball, but his love was baseball. Prior to high school, he played for local teams when he was in grade school and after high school, played in a corporate baseball league. For the past few years he has enjoyed following his nephew Conner’s baseball career. Russ enjoyed traveling, playing cards, playing Yahtze, golfing, bowling, dancing, playing bocce and watching his beloved Yankees. He also loved the New York Giants and told everyone about his grandfather who played for the original Giants. He was proud to serve his country in the United States Army and had a lifelong interest in anything related to American History. Professionally, Russ was retired from AON, where he was an Assistant Vice President. Russ and Barbara were married in 1982. She will remember him as always being a kind and caring person and her best friend. She also remembers fondly how Russ loved to watch “March of the Wooden Soldiers” every Thanksgiving. Russ cherished relationships. He knew he had other family and Barbara began a search in 2012 and was able to locate a brother in Texas. After a few introductory emails, Russ received a phone call on Christmas that year from his brother Rick and the two became instantly connected. Over the next few years, the bond between brothers solidified and they made up for as much lost time as they possibly could. They truly loved one another as only brothers can do. Even though short lived, the endless memories they made with one another were priceless, but just not enough. Russ passed on December 9, 2020. Russ is survived by his loving wife Barbara Allen, daughter Jennifer Nunn, grandchildren Kayla and Dylan Nunn, brother Rick Allen and his wife Melanie, nephew Conner Allen and nieces Danna Shaw, Chelsea Carter and Colbea Smith, uncle Tommy Mullusky and his wife Ginny, two aunts Betty Brown and Janet Verschingel, many loving cousins, friends and his fur baby, Bridget. He was preceded in death by his mother Rosemary (Mullusky) Finigan and sister Judy (Allen) Gibbs. A first visitation will be held Monday, December 14, 2020 from 2:00-4:00 P.M. and second visitation from 6:00-8:00 at Oliverie Funeral Home, 2925 Ridgeway Road, Manchester. A Funeral Mass will be celebrated at 10:00 A.M. Tuesday, December 15, 2020 at St. Joseph Roman Catholic Church, 509 Hooper Ave., Tom’s River, New Jersey 08753. Russ will be laid to rest following the mass at the Brigadier General William C. Doyle New Jersey Veterans Memorial Cemetery, 350 Province Line Road, North Hanover, New Jersey 08562.
If desired contributions may be made in Russ’s name to the Tunnel To Towers Foundation, 2361 Hylan Blvd, Staten Island, New York 10306 or (718) 987-1931 or https://tunnel2towers.org/

To view services in funeral home, please copy and paste this link into your browser during the visitation time: https://iframe.dacast.com/b/156599/c/534023

To send flowers to the family of Russell W Allen, please visit our Heartfelt Sympathies Store.

We encourage you to share any memorable photos or stories about Russell. All tributes placed on and purchased through this memorial website will remain on in perpetuity for future generations.

Add Photos Post Condolence
B
Russ and I go back to the days of Curtis High School. We played ball together and we’re good friends. After many years, college, the Army for me as well, we reconnected at AON, where we worked together for 5 years. While there Russ helped me in my career, was a mentor and we played softball together for several years. While doing so we played and coached our team to a league championship. Our families were friendly and socialized as much as possible. This was along time friendship, seperated for many years only to be reunited through business. I will miss Russ, and wish health and happiness to his lovely wife, Barbara. Much else could be said, however I will have many fond memories of Russ.
I miss you my friend,
Bill DIPietro
Bill - Saturday February 13, 2021 via Condolence Message
Share This:

DC
Please accept our deepest condolences for the loss of your husband Russell. Our thoughts & prayers are with you & your family.
Dominick & Tracey Clarizio - Wednesday December 16, 2020 via Condolence Message
Share This:

Thank you for sharing your light with so many of us.
Peace & Blessings!
Clare Keany - Tuesday December 15, 2020 via Memorial Candle
Share This:

BG
We just heard of Russ's passing and send you our deepest sympathies. May all your wonderful memories of him help you thru this sad time. God Bless 🙏
Bertie & Art Giroux - Monday December 14, 2020 via Condolence Message
Share This:

You will missed everyday, but never forgotten! We love you!!! Love your daughter and grandchildren
Jennifer, Chris, Kayla and Dylan - Sunday December 13, 2020 via Heartfelt Sympathies
Share This:

P
I can’t find the words to express how sad I am for your loss. Russ was a great person who was always there for me. Now, he is with his buddies in heaven hosting the card games. Barbara, I am so sorry for your loss & will be here for you. ❤️🙏😢 Pat
Pat Sikorski - Sunday December 13, 2020 via Condolence Message
Share This:

MJ
Barbara, we are praying for you and the family. Russ made such an impact on the whole family and introduced you as one of us. He will always be in our hearts . Just know we will be there for you in thought. All our love.
Mary Anna and Jerry - Saturday December 12, 2020 via Condolence Message
Share This:

We are thinking of you
Jerry and Mary Anna - Saturday December 12, 2020 via Heartfelt Sympathies
Share This:

Praying for comfort for you during this time. Wish we could be there, but we will be thinking of you. Love, Jerrel and Carol
Jerrel and Carol Wallace - Saturday December 12, 2020 via Heartfelt Sympathies
Share This:
RA
Words cannot express the impact you made in our lives. Our hearts ache thinking about you being gone, but we are sure we will see you again one day. Barbara, know we are here for you now and in the days ahead.
Rick and Melanie
Rick Allen - Friday December 11, 2020 via Condolence Message
Share This:
1 2 next page >>
Page 1 of 2
Share
×