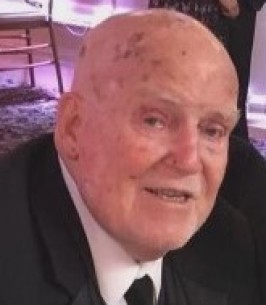 Memorial Candles Lit for Robert | SEE ALL
Light a Candle
"We are honored to provide this Book of Memories to the family."
— Oliverie Funeral Home
Funeral Details Memory Wall Photos & Videos Send Flowers

Print
Robert L. Anstatt, 87, of Lakewood, passed away peacefully in the comfort of his home on July 7, 2022, surrounded by his loving family. Born in Weehawken on April 24, 1935, Bob grew up in North Bergen, graduated from Emerson High School and continued his education at Wagner College with the intention of becoming a Lutheran minister. Robert was actively involved in his church’s Luther League attending many of the Luther League conventions. It was at one of the convention reunions that Robert met Mary, the love of his life. It was during their courtship that Robert joined the National Guard Army Reserve where he was stationed in Fort Bliss, Texas. Robert always believed he lost his hair due to the hot Texas sun while wearing a helmet there. After leaving the active Reserves Bob and Mary married in 1957 and within 7 years, they had 5 children that he adored. With all those mouths to feed and an immensely strong work ethic Bob never had just one job. Starting out as a lab tech at Allied Chemical he quickly progressed his extensive sales career while working for Coca-Cola and Borden Chemical before moving on to manage sales and concessions at Liberty State Park for 14 years. And if that didn’t keep him busy enough, Bob moonlighted as an insurance salesman for The Foresters, umpired for the Warinanco Park Softball League and made many runs to the airport driving a limo. Bob and Mary retired to Lakewood in 2005 where he was an active member of the Fairways Community. Even in his retirement, the salesman in him couldn’t quit, so he made a job out of buying and selling everything from candy, sets of sheets and microwave ovens at weekend flea markets and craft fairs. Once a salesman...always a salesman! Always the life of the party, Bob was quick with a joke for a stranger or loved one alike. He loved to travel, especially cruises, and enjoyed many activities including bocce, bowling, chess, dabbling in the stock market and very much looked forward to meeting up with the guys on Monday nights to get in their weekly poker game. He was a member of the ARC Committee, the sailing club, and the men’s club. Bob was a consummate fan of Rutgers men’s basketball, the NY Knicks and the NY Giants. He never came across a stranger, friend or relative he wouldn’t help. However, his greatest love was for his family. Despite his tough exterior, he was a big mush that was known to shed a tear or two at nearly every family gathering, feeling truly blessed to be so often with those he loved and who loved him. Bob is survived by his wife of 65 years, Mary, 5 children and their spouses, Kathleen and Robert Scardino, Barbara and Scott Miller, Lori and Bryan Walsh, David and Lizete Anstatt and Robert and Norma Anstatt; 11 grandchildren, Lindsey and her husband Jimmy, Michael, Kelly and her husband Eddie, Adam, Ryan and his wife Kristen, Bobby, Patrick, Katelyn, Matthew, Olivia and Melia; 7 great-grandchildren, Elliza, Emma, Andrew, Matthew, Liana, Daniel and Luke. Bob is also survived by his devoted, loving sister, Joan Ettore, and many cousins, nieces and nephews. Visitation will be held on Monday, July 11, 2022 from 3-7 pm, with a 6 pm service at Oliverie Funeral Home, 2925 Ridgeway Rd, Manchester. In lieu of flowers, donations can be made to the American Diabetes Association, 411 Hackensack Avenue, Hackensack, NJ 07601.

We encourage you to share any memorable photos or stories about Robert. All tributes placed on and purchased through this memorial website will remain on in perpetuity for future generations.

We send our thoughts and prayers during these difficult times....love Ralph Gillian and isabela
Anonymous - Sunday July 10, 2022 via Heartfelt Sympathies | Order flowers in memory of Robert
Flowers were purchased and a memorial tree was planted
Share This:
EH
We have such fond memories of Bob and Mary and the children. My Dad grew up with Bob in North Bergen and we kept in touch over the years, our families visiting each other when we were little. Bob always made me laugh with his stories, jokes and kidding around. My Dad has passed, and I imagine they are together again with their buddies. From our family to yours...BISH!! Beth Granata Hickey
Elizabeth Hickey - Sunday July 10, 2022 via Condolence Message
Share This:

In loving memory of Uncle Bob. A wonderful man who brought smiles to our faces every time he walked into a room. -Judi, Joc, Jess, Jackie & Jojo
Judi Theriault - Friday July 08, 2022 via Heartfelt Sympathies | Order flowers in memory of Robert
Share This:
1
Page 1 of 1
Share
×