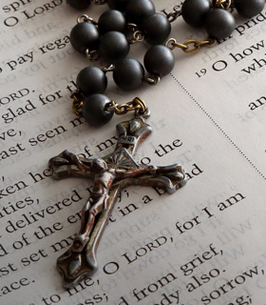 Print
Father Richard French Davidson was born and raised in Montclair and attended Wagner College and Yale. He moved to Point Pleasant, Brick, and then Jackson where he spent the remainder of his life. He worked on Wall Street in computer science and accounting before turning his focus to counseling, organ building and loudspeaker design. He built several noteworthy pipe organs, including in Saint Peters Episcopal Church in Medford, St. Marks in Plainfield, and St. Stephens in Whiting, as well as custom built the Electric Phoenix organ at St John’s in Lakehurst, as well as engineered and built the loud speakers to amplify the sound of the organ to mimic the experience of a pipe organ. November 16, 2002 he was ordained a Priest by 3 bishops; of the Holy Ecumenical Anglican Catholic Church, the Catholic Apostolic Church of North America, and the African Orthodox Catholic Church, and had orders as a Monk in the Franciscan Servants of God’s Grace, an order of the Holy Ecumenical Anglican Catholic Church. He had an ecumenical ministry for many years doing service in nursing homes, and counseling and spiritual direction for those with special needs. All of these ministries were provided free of charge. He was a lifetime member of the New Jersey audio Society. He was widely renowned for his expertise in organ building, organ voicing, and high-end audio loudspeaker design. He was involved in several sacred choirs in Episcopal churches and in the Ocean Grove community choirs, as well Monmouth Civic chorus and other community choirs. He was active in Tea Party Congress, Convention of States, conservative political organizations, pro second amendment groups, and pro-life causes throughout NJ. He also did gun smithing and music composition. He is predeceased by his wife Ethel Davidson. He is survived by his brothers, Penn and John Davidson, nephew Chris Davidson and niece Karen, as well as his adopted family Greg and Holly Hartline and their children.

We encourage you to share any memorable photos or stories about Richard. All tributes placed on and purchased through this memorial website will remain on in perpetuity for future generations.