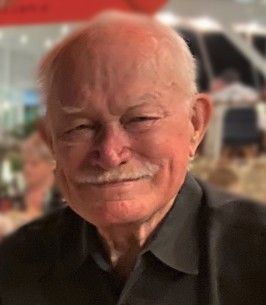 Share this tribute
Memorial Candles Lit for Philip | SEE ALL
Light a Candle
"We are honored to provide this Book of Memories to the family."
— Oliverie Funeral Home
"You will be dearly missed, my friend. You were the best!"
— Joe and Jane Hollomon and family
"You will be dearly missed our friend. You were the best!!"
— Carol Romano
Funeral Details Memory Wall Photos & Videos Send Flowers

To send flowers to the family of Philip Kamp Lees, please visit our Heartfelt Sympathies Store.

Our thoughts and prayers are with you. We have so many fond memories of the times we spent with one another. Love, Craig & Arlene Lukowiak
Saturday April 09, 2022 via Heartfelt Sympathies
Flowers were purchased and a memorial tree was planted
Share This:
MR
Mr. Lees was amazing to my graduating class of 79 and will always hold onto great memories and laughs… RIP Mr. Lees ❤️
Maryellen Murray Ripoll - Friday April 08, 2022 via Condolence Message
Share This:
CA
Our deepest condolences to you all. May he Rest In Peace with our Lord.

You will be dearly missed, my friend. You were the best!
Joe and Jane Hollomon and family - Wednesday April 06, 2022 via Memorial Candle
Share This:

I'll miss you so very much. You played such a big part in my meeting Tom, the love of my life.
I'll always be there for Janice, Philip, Kris and Jenn
Jean Millerchip - Monday April 04, 2022 via Donation
To: St Jude's Tribute Program
Share This:

You will be dearly missed our friend. You were the best!!
Carol Romano - Saturday April 02, 2022 via Memorial Candle
Share This:
RR
My heart felt condolence to Janice, Phillip, Jennifer and Christan. Phil was truly a special man to me, a good neighbor and a great friend. I will miss him and our times together and phone calls. Until we meet again Bud.....Ralph
Ralph A Romano - Saturday April 02, 2022 via Condolence Message
Share This:
1
Page 1 of 1
Share
×