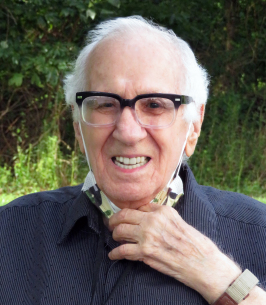 Print
Nicholas R. Damiano, 94, of Manchester died Thursday May 19, 2022 at Jersey Shore University Medical Center, Neptune. Born in South Orange, he served in the Navy during WWII from 1946 -1947 aboard the U.S.S. Ozbourn. He loved recounting his military adventures to his family.

After marrying “the love of his life”, Marge, he resided in East Orange until moving to Howell in 1957 with his young family. He spent his retirement years first in Lakewood before moving to Leisure Village West in Manchester in 2005. For a brief time, he resided at Brandywine Senior Living in Toms River. There he earned the nickname of The Music Man, making residents smile as he strolled the halls playing old-time songs on his newfangled iPad.

Nick worked for 3M Corporation in Freehold as a plumber for 30 years. After retiring from full-time employment in 1983, he proudly attended business classes at Ocean County College. Not one to sit still, he worked part-time with his wife at Excel Wood Products in Lakewood. Later he worked at Manhattan Bagels in Brick. He delighted in the fact that his job gave him an opportunity to drop off bagels to the Brick Township High School secretaries and flowers to his daughter who taught there.

The stock market fascinated Nick, so he formed the Unity Investment Club, and later worked on the draft of a book entitled Investing for Novices. He regularly attended meetings of the Manchester Township Writers Group. He was also a former member of The Lakewood Piner’s Toastmasters Club, where he earned first place in a speech competition in 1998. He contributed to his community by serving as a trustee for the Lions Head Wood development and a puppeteer for the Retired and Senior Volunteer Program’s Forest Friend’s children’s program.

His spiritual side was nurtured by attending charismatic prayer meetings at St. Veronicas in Howell and later attending masses at St. John’s Roman Catholic Church in Lakehurst. There he proudly renewed his wedding vows in 2000 to celebrate the first fifty years of a marriage that lasted for sixty-eight years.

Nick showed his love for his grandchildren by attending their baseball, basketball, and bowling games. He also enjoyed the friendly bowling competitions he organized between the seniors of the Lionhead’s Woods Bowling League and the teens of his grandson’s high school bowling team—a great intergenerational experience! He patiently built a miniature barn for his granddaughter, and even fearlessly hopped on the back of her horse. He painted ceramic statues commemorating his grandchildren’s hobbies, and he traveled great distances to attend their graduations. Because he loved to videotape his family, he leaves behind many hours of memories captured in movies for posterity. No doubt, some of these include scenes of Nick and his wife’s dance moves for which they were well known.

* Nick owes a world of gratitude to the hospital for his successful aortic valve transplant at the age of 90.

We encourage you to share any memorable photos or stories about Nicholas. All tributes placed on and purchased through this memorial website will remain on in perpetuity for future generations.

We are grateful to have had the opportunity to know Nick. He was a special person and we know he will be missed.
Lew and Carol Weil - Tuesday May 24, 2022 via Donation
To: Deborah Hospital Foundation
Share This:
JM
Dear Jimmy, Ann and family You are in our thoughts and prayers for comfort & healing at this very difficult time.
Sincerely JoAnne & Alfred Marcelli
JoAnne Marcelli - Monday May 23, 2022 via Condolence Message
Share This:

Uncle Nicky will remain in our hearts forever...We send you thoughts of comfort...JoAnne & Alfred Marcelli
JoAnne Marcelli - Monday May 23, 2022 via Heartfelt Sympathies
Share This:
A
Dad and Grandpa,
Thank you for your love and for leaving us with a lifetime of joyful memories. Surely, you will live forever in our hearts and in heaven! -- Love, Ann, Gordon, Lisa and Michael
Ann - Saturday May 21, 2022 via Condolence Message 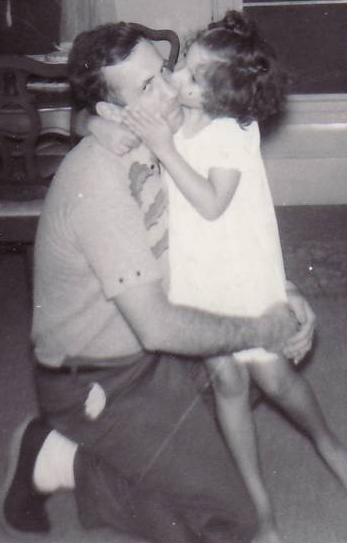