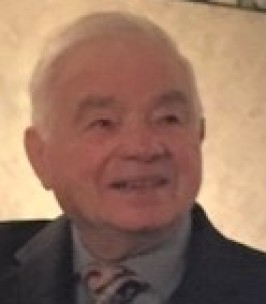 Share this tribute
Memorial Candles Lit for Michael | SEE ALL
Light a Candle
"We are honored to provide this Book of Memories to the family."
— Oliverie Funeral Home
"“Uncle” Mike, I remember when you danced at my 65th birthday party. You were the life of the party. We will miss seeing you around..."
— Jean and Steven Perrella
Funeral Details Memory Wall Photos & Videos Send Flowers

Print
Michael R DeFeo 85 of Manchester died Saturday January 18, 2020 at Jersey Shore University Medical Center, Neptune. Born in Newark he resided in Union for 41 years before moving to Manchester 15 years ago. He worked as a Retail Supervisor in Pathmark, Food Town, and Shop Rite in West Caldwell for 15 years before retiring in 2003. He served in the Army from 1957-1959. He was a member of the Elks Club in Lacey and the Knights of Columbus Council #4504 in Union. He was very active in the Renaissance clubs that included, the Italian American, Men’s, Veteran’s, Bocce Ball, Travel, Passaic, Essex-Bergen, Staten Island and the Brooklyn Clubs. He was the life of the party and organized and chaired all the block parties for the past 10 years and was also Past President of the Putnam Manor Civic Association in Union. He is predeceased by his siblings, Josephine Styles, Jeanette Zapp, Vivian Griesi, Dolores Borbotti and Victor DeFeo. Surviving are his wife of 62 years, Dorothy M DeFeo, 2 sons, and their companions, Michael R DeFeo III & Daisy Pelliccia, and John DeFeo & Elisel Ortiz and many nieces and nephews. Visitation is Thursday 2-4 & 7-9 PM at Oliverie Funeral Home 2925 Ridgeway Rd Manchester. Funeral Liturgy is Friday 10 AM at St John’s Church with entombment to follow at Hollywood Memorial Park, Union.


To send flowers to the family of Michael R DeFeo, please visit our Heartfelt Sympathies Store.

We encourage you to share any memorable photos or stories about Michael. All tributes placed on and purchased through this memorial website will remain on in perpetuity for future generations.

Dorothy, Michael and John- Our deepest sympathy. Please know that our thoughts, prayers and love are with you.
Aunt Doris, Denise and Jerry - Thursday January 23, 2020 via Heartfelt Sympathies
Flowers were purchased and a memorial tree was planted
Share This:

With loving memories of Mr. D. He will always be in our hearts.
Ron and Lori - Tuesday January 21, 2020 via Heartfelt Sympathies
Share This:
M
Uncle Mike you will never be forgotten, you were more then my uncle. You’ve been and will always be my buddy. I will always cherish our laughs . You always showed everyone your love.
Aunt Dot,Michael and John you were his world ,you will miss him of course but you have such wonderful memories. to hold on too.
Love and blessings to you all
Love,Maria
Oh I’m sure if bocce is played in heaven, uncle Mike has the club formed already💖
Maria - Monday January 20, 2020 via Condolence Message
Share This:

Please accept our most heartfelt sympathies for your loss... Our thoughts are with you and your family during this difficult time.
Sharon & Robert Forshee - Monday January 20, 2020 via Heartfelt Sympathies
Share This:

Our thoughts and prayers are with you.

“Uncle” Mike, I remember when you danced at my 65th birthday party. You were the life of the party. We will miss seeing you around Renaissance. May God be with you and Dottie. Love you. Jean and Steven Perrella.
Jean and Steven Perrella - Monday January 20, 2020 via Memorial Candle
Share This:
VJ
We are very sad to hear of the passing of "Uncle Mike". We send our sincere condolences to Dotty and the entire DeFeo family. He will be missed by all who knew him. We will never forget the fun, love and great times we shared at Villa Roma . God Bless. Love, Vinnie & Bernadette and Mom Jule
VINCENT J JULE - Monday January 20, 2020 via Condolence Message
Share This:
1
Page 1 of 1
Share
×