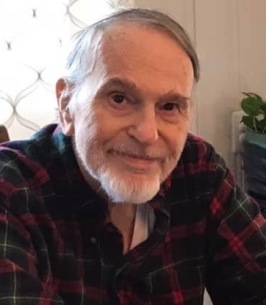 Share this tribute
Memorial Candles Lit for Lee J Smith | SEE ALL
Light a Candle
"We are honored to provide this Book of Memories to the family."
— Oliverie Funeral Home
"I have so many fond memories of the many hours spent with Lee at KLVW and in the booths working lighting and sound with him. Lee was always..."
— Nick Raspa
Funeral Details Memory Wall Photos & Videos Plant a Tree

Print
Lee Jay Smith 87 of Leisure Village West, Manchester died Saturday, December 28,2019 at CareOne at Somerset Valley, Bound Brook. Born in Milton, PA, he resided in North Plainfield for many years before moving to Manchester 20 years ago. He was employed for 39 years with Bell Labs, Murray Hill as a Technical Engineer before retiring in 1998. He served as President for the Communication Workers of America, Local #1060, Murray Hill, and was instrumental in starting their Alliance Program and Credit Union. He served in the Army as a Corporal during the Korean War from 1953-1955. He is predeceased by his wife, Gloria (Ackerman) Smith, 2018, and a sister, Frances Fuge, 2010. Surviving are his brother, Donald Smith of Williamsburg, VA, 2 daughters, Alexis Holbrook of North Plainfield and Jodie Fishbein of Bethlehem, PA, 2 sons, Ted Smith of Middlesex, and Larry Fishbein of Stockholm, a brother, 7 grandchildren, Tom, Alex, Emma, Rachael, Ryan, Kevin, and Ashlynn, and 3 great-grandchildren, Jayden, Johnny, and Abigail. Visitation is Friday from 11:30-12:30 PM with a Funeral Service at 12:30 PM at Oliverie Funeral Home, 2925 Ridgeway Road, Manchester. Interment will follow at Brigadier Gen. William C. Doyle NJ Veteran’s Cemetery, Arneytwon. In lieu of flowers please make donations to the Wounded Warrior Project 370 7th Ave, New York, NY 10001.

To plant a tree in memory of Lee J Smith, please visit our Heartfelt Sympathies Store.

We encourage you to share any memorable photos or stories about Lee. All tributes placed on and purchased through this memorial website will remain on in perpetuity for future generations.

Add Photos Post Condolence
JS
A good friend who was always there when he was needed. He was such a friendly, helpful guy who always had a smile on his face. I'll miss his smiling face in the booth. Rest in peace, friend.
Judith Carelli Stout - Tuesday December 31, 2019 via Condolence Message
Share This:

I have so many fond memories of the many hours spent with Lee at KLVW and in the booths working lighting and sound with him. Lee was always there, dependable, caring and always with fresh and new stories to share. I am the richer for having known him.
Nick Raspa - Monday December 30, 2019 via Memorial Candle
Share This:
1
Page 1 of 1
Share
×

From: Jodie Fishbein
Share on Facebook
Plant a Tree in Memory of Your Loved One
An Honouring a Life memorial tree is a unique tribute which provides global benefits like no other memorial gift could.
Plant a Tree
Family Log-In