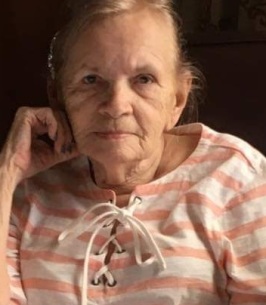 Print
Joan Evelyn Johnson, born January 1935 in a cold water flat in Brooklyn, NY died June 16, 2020. Pre-deceased by her husband, Edward C. Johnson Sr., brother Eugene Schmidt, and brother-in-law Louis Serra. Survived by her sister Florence Serra and sister-in-law Judith Schmidt. She will be greatly missed by her children (and their spouses); Barbara Wright, Beverly Dzwonek (and Joseph), Susan Carpenter (and Fred), Edward C. Jr. (and Brenda), Eugene (and Karl), and Kathryn Phelps (and Robert). They also provided Joan with a litany of grandchildren (and their spouses); Jason Mills (and Katrina), Joseph Dzwonek Jr., Debra Carman (and Sean), Jeremy Selph (and Jamie), Christopher Selph, Bethany Selph-Sitler (and Matthew), Jaclyn Mrak (and Ben), Edward Johnson III, Jacob Johnson, Ida Barrington and Hannah Morrison. From these grandchildren, Joan was able to see many great-grandchildren grow; Bradley Mills, Rebecca Mills, Derek Dzwonek, Wesley Dzwonek, Brandon Carman, Devin Carman, Ryan Carman, Kaylee Selph, Rylee Selph, Caleb Mrak, and Braelynn Mrak. Beloved by all, with a heart for crafts – from sewing to painting, anything to put some color in the world. Recently she spent her days happily with her children or at Independence Place at Whiting Healthcare, enjoying projects, trips, and much more. Always with a blanket or sweater, always complaining of the cold weather even in the height of summer.

To send flowers to the family of Joan E Johnson, please visit our Heartfelt Sympathies Store.

We encourage you to share any memorable photos or stories about Joan. All tributes placed on and purchased through this memorial website will remain on in perpetuity for future generations.

B
Mom, you will be missed. I have so many great memories. May you Rest In Peace and enjoy your time with dad. I love you. Love your daughter, Barbara
Barbara Wright - Sunday June 21, 2020 via Condolence Message
Share This:
CM
Sue, Eugene, Eddie, Katherine, Beverly and Barbara. My sincere condolences. Feeling the loss of one so treasured, makes the grieving that much harder. Know that I am with you in prayer and blessings to everyone.
Carol Madden - Wednesday June 17, 2020 via Condolence Message
Share This:
1
Page 1 of 1
Share
×