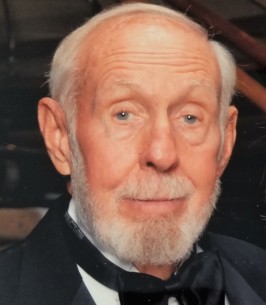 Memorial Candles Lit for James | SEE ALL
Light a Candle
"We are honored to provide this Book of Memories to the family."
— Oliverie Funeral Home
Funeral Details Memory Wall Photos & Videos

Jim attended Montana State College in Bozeman, Montana and graduated in 1952 with a Bachelor of Science in Bacteriology. Jim continued his graduate studies at Montana State College where he received his Master of Science in Bacteriology in 1956 after completing his thesis on the Enzymatic Decomposition of Cellulose by Clostridium Multifermentans. From 1956-1963, Jim attended the University of California in Davis, California and completed his thesis on Polygalacturonic Acid-trans-Eliminase produced by Clostridium Multifermentans. Jim received his Ph.D in Microbiology from UC Davis in 1963 and continued his post-doctoral research as an Assistant Research Biochemist through the National Institutes of Health Post- Doctoral Fellowship and as a Co-Principal Investigator studying the effect of light on microorganisms funded by a US Public Health Service Grant.

Jim served in the Montana National Guard beginning in 1949, later to become a First Lieutenant with the U.S. Army Infantry serving in postwar Korea from 1953 to 1954. Jim continued his military service as a Captain in the US Army Reserves from 1954 through 1963.

In August 1952, Jim married Patricia Ann Drugge and they had two daughters, Lauri Rae Macmillan and Tracy Lynn Macmillan. Patricia was Jim’s college sweetheart, and she was a source of great support as they built their family and Jim completed his schooling. Patricia sadly passed from cancer in 1992.

In 1965 Jim became an Assistant Professor of Microbiology in the Department of Biochemistry and Microbiology at the College of Agriculture (now Cook College) at Rutgers University in New Brunswick, New Jersey. He was promoted to Professor in 1971 and served as the Department Chairman from 1969-1979. He taught both graduate and undergraduate classes in microbiology and his research focused primarily on enzymes, toxins, and antibodies.

Jim retired from Rutgers in 1997, leaving a lasting impact on the field of microbiology and on the students and faculty with whom he worked alongside. That same year he was appointed to the position of Professor Emeritus in recognition of his long and distinguished service to the university. Jim was incredibly proud of his graduate students, mostly Ph.D’s who are now scattered throughout the country as scientists at various companies, universities, and government agencies. In 2011, Jim was honored by one such student, Dennis Fenton and his wife Linda Fenton, who gifted a graduate Fellowship in Jim’s honor. The James Macmillan Endowed Fellowship in Microbiology at Rutgers University is a standing reminder of his commitment to the University and the students he mentored.

Outside of his military and academic life, Jim loved to stay active, cook for his friends and family, watch the stock market (with equal parts joy and frustration throughout the years), and travel. In 1978, Jim completed the Boston Marathon and he continued a love for physical activity into his years of retirement where he lived in Point Pleasant Beach, New Jersey. An avid fisherman and boater, Jim spent many hours out on the ocean and the bay. At their home at the shore, Jim and Laura entertained friends, family, and neighbors with outdoor barbeques where you were likely to receive a hamburger, salad with home-grown tomatoes, and fresh clams or king crab legs. Jim also loved to travel with his wife Laura, daughters and grandchildren, whether it was to New York City for a Broadway show or on cruises to Italy, Spain, and beyond.

Jim was a scientist, mentor, husband, father, grandfather, and friend. He lived a large life with laughter and joy, and he will be greatly missed. He is fondly remembered by all as a great listener and source of wisdom, likely to share a beer alongside his advice.

We encourage you to share any memorable photos or stories about James. All tributes placed on and purchased through this memorial website will remain on in perpetuity for future generations.

Add Photos Post Condolence
GF
It was an honor to have known you Jim. You were an incredible human being who left a mark here for many people to remember. God bless your soul and may you rest in eternal peace. With love the Giardinas
Giardina Family - Saturday April 09, 2022 via Condolence Message
Share This:
1
Page 1 of 1
Share
×