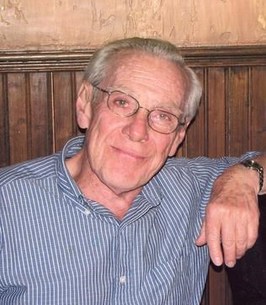 Memorial Candles Lit for Herman | SEE ALL
Light a Candle
"We are honored to provide this Book of Memories to the family."
— Oliverie Funeral Home
Funeral Details Memory Wall Photos & Videos Send Flowers

Print
Herman Burwasser 92, of Renaissance, Manchester died Saturday, May 2, at Alcoeur Gardens, Toms River. Herman was born in the Bronx, the son of Russian immigrants, but always considered Toms River to be his hometown. He graduated from Toms River High School in 1945, and immediately enlisted in the Navy. At the end of the war, he returned to the family farm, but he took advantage of the G.I. Bill and entered Rutgers University, and subsequently, went on to earn his doctorate in chemistry from New York University. After a short stint doing research at Princeton University, Herman joined the aerospace industry, where he was a part of the team that saw the birth of the American manned space program. He was, in the truest sense, a rocket scientist. He spent the last part of his career in chemical research and development in the photography industry, for many years at GAF Corporation, working in both upstate New York and Wayne, N.J. Herman was an avid golfer, a lover of fine food and wine and classical music. He is survived by his loving wife of 65 years, Lillian, three sons; Robert of NYC, Peter of Philadelphia, PA, and Daniel, also of NYC, and five grandchildren; Alex, Lee, Amanda, Rachel and Ian. Please consider making a memorial donation in Herman's name to Fisher Center for Alzheimer's Research Foundation, www.alzinfo.org

To send flowers to the family of Herman Burwasser, please visit our Heartfelt Sympathies Store.

We encourage you to share any memorable photos or stories about Herman. All tributes placed on and purchased through this memorial website will remain on in perpetuity for future generations.

Provide comfort for the family of Herman Burwasser by sending flowers.
Send Flowers
next page >>
Page 1 of 0
Share
×