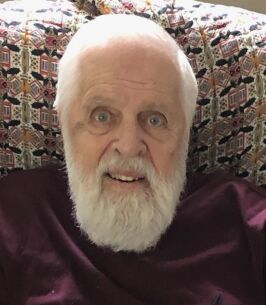 Share this tribute
Memorial Candles Lit for Glenn | SEE ALL
Light a Candle
"We are honored to provide this Book of Memories to the family."
— Oliverie Funeral Home
"Will always remember you Dad as a loving, giving, compassionate person who loved his God, his family, his friends. Always gave a helping..."
— Donna Lee Nilsen Thomas
"A good friend has passed away, rest in peace Glenn. The memories of you will be saved in our hearts"
— Anne Karen Birkeland w/ family
"A beautiful family and a beautiful legacy. Sending my love to the Thomas Nilsen family. "
— Lauren Shiell
"Thank you Glenn for the friendlyness you showed me when we met in Norway. May you be remembered with joy and gratitude."
— UNNI SKØIEN TESAKER
Funeral Details Memory Wall Photos & Videos Send Flowers

Glenn grew up in Maywood, NJ and graduated from Bogota High School in 1955. He attended the Pratt Institute in Brooklyn, NY earning a Bachelor of Architecture in 1960. He served as Vice President of Sales for the MacKenzie Group in New York City for 35 years. On September 10, 1960, he married Marilyn Anna Omland, of New City, NY and resided in Bergenfield and West Milford, NJ. Glenn married Bonnie, of Marlboro, NJ on July 10, 2010, and resided in Jackson, NJ.

Glenn was a devoted husband, father, grandfather, and devout Christian involved in many church activities, including singing in the choir. He was an avid Model Railroader and skilled craftsman in building a life-like model train layout in his home. He loved to travel and explore the United States with his family in their travel trailer, visiting many of the 50 states. In addition, he loved people and would strike up a conversation with everyone he met on his life journey. He will be deeply missed by his family, friends, and all who knew him.

To livestream Glenn's services at the funeral home please copy and paste the link below into your web browser
https://iframe.dacast.com/b/156599/c/534023

To send flowers to the family of Glenn Thomas Nilsen, please visit our Heartfelt Sympathies Store.

We encourage you to share any memorable photos or stories about Glenn. All tributes placed on and purchased through this memorial website will remain on in perpetuity for future generations.

Will always remember you Dad as a loving, giving, compassionate person who loved his God, his family, his friends. Always gave a helping hand, made people feel special, and was so proud of all his children and grandchildren/great grandchildren. We will miss you Daddy, but know you are in heaven with Mom and we'll see you again someday. Love you!!
Donna Lee Nilsen Thomas - Friday June 10, 2022 via Memorial Candle
Share This:
T
Our condolences to you for your loss. We will remember Glenn as a person with a lot of humor and very kind and gentle. And he will remain in our mind forever.
Ture Anette Madelene Fredrik Markus
Anita Jonna Petra Morgan
Ture Jonsson - Wednesday June 08, 2022 via Condolence Message
Share This:

A good friend has passed away, rest in peace Glenn. The memories of you will be saved in our hearts
Anne Karen Birkeland w/ family - Wednesday June 08, 2022 via Memorial Candle
Share This:

In loving memory of Glenn Nilsen
John and Tensi Boylan - Wednesday June 08, 2022 via Donation
To: St Jude's Tribute Program
Share This:
A
Beklagar sorgen, våra tankar är med er.
Our condolances, our thoughts are with you.

In loving memory of a special man.
Rest in Peace Glenn.
The Thomas Family - Sunday June 05, 2022 via Donation
To: St Jude's Tribute Program
Share This:

A beautiful family and a beautiful legacy. Sending my love to the Thomas Nilsen family.
Lauren Shiell - Saturday June 04, 2022 via Memorial Candle
Share This:

Our deepest condolences to you and your family.
Arlene and Mark Nidowicz - Saturday June 04, 2022 via Donation
To: Michael J Fox Foundation for Parkinson's Research
Share This:
1 2 next page >>
Page 1 of 2
Share
×