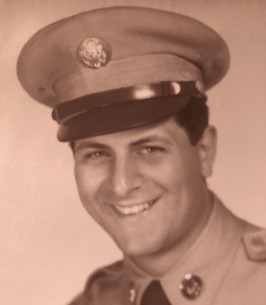 Print
Gerard (Jerry) R. Monzillo of Toms River passed in peace on Monday, January 24, 2022 at the age of 87. He was born in Newark where he resided most of his life before moving to Toms River in 1997. Jerry was a Korean War veteran and worked for the United States Postal Service in Glen Ridge for 39 years before retiring in 1994. He was the President of the NJ State American Postal Workers Union (APWU) for 20 years and was the recipient of the NJ APWU Man of the Year Award in 1992. Jerry proudly marched on Washington in 1967 as part of the National Postal Union’s White House Vigil and in 1970 courageously led his Union members in the first and only strike against the Post Office Department. He enjoyed being a guest lecturer at Rutgers University for classes on Collective Bargaining and Foundation in Labor Studies classes. Upon retirement, he became the President of the Lake Ridge Government Committee. Jerry married the love of his life, Dolores and treasured their 65 wonderful years of marriage. He enjoyed rooting for the Jets & Mets and being the best grandpa in the world! He is predeceased by his sisters Margaret and Rose (Ricciardi) and brother, Rev. Oneil. Surviving is his wife, Dolores, son, Gerard W, daughter & son-in-law, Maryann & Paul Young, 5 grandchildren, Kristin, Gerard V., Alaina, Nicholas, Kelly Anne and 4 great-grandpets, Mikey, Oliver, Franklin & George. Visitation is Tuesday, February 8th from 10 AM – 1 PM at Oliverie Funeral Home, 125 South Cooks Bridge Road, Jackson with interment to follow at Br Gen Wm C Doyle NJ Veterans Cemetery, Arneytown. In lieu of flowers please make donations to Saint Jude Children’s Research Foundation, 501 Saint Jude Pl., Memphis, TN 38105.

To send flowers to the family of Gerard Robert Monzillo, please visit our Heartfelt Sympathies Store.

We encourage you to share any memorable photos or stories about Gerard. All tributes placed on and purchased through this memorial website will remain on in perpetuity for future generations.

Uncle Jerry was one of the jolliest and kind persons. He was very loved and will be very missed.
Candace Zagorski - Thursday February 10, 2022 via Donation
To: St Jude's Tribute Program
Share This:

With heartfelt condolences,
The Daglia Family - Monday February 07, 2022 via Heartfelt Sympathies
Share This:

With heartfelt condolences,
The Mac Family - Thursday February 03, 2022 via Heartfelt Sympathies
Share This:

Our thoughts and prayers are with you and your family
The Hetherington Family - Tuesday February 01, 2022 via Donation
To: St Jude's Tribute Program
Share This:

Thank you for the many years you served our Union because of people like you, we have the great union we now have which is the APWU! To the family of Mr. Monzillo, Thank you for sharing him with us. You are in our prayers.
Lawanda Davis and the Denver Metro Area Local APWU - Monday January 31, 2022 via Memorial Candle
Share This:
LS
So sorry to hear of the passing of Brother Jerry. What a great person! When he spoke at Union gatherings, the attendees listened. My sincere sympathies to his family. MAY GOD BLESS YOU ALL AND MAY YOU REST IN PEACE MY BROTHER.

LARRY R. SORRELLS Retired Member NORTH CAROLINA COUNCIL APWU AFL-CIO
LARRY R. SORRELLS - Saturday January 29, 2022 via Condolence Message
Share This:
C
Our deepest sympathy on the passing of Jerry he was such a wonderful giving and loving individual he will be dearly missed may he rest in peace in his heavenly home God bless Jerry and his loving wife and family love Cathy and Joe pluchino
Cathy n Joe pluchino - Friday January 28, 2022 via Condolence Message
Share This:
1 2 next page >>
Page 1 of 2
Share
×