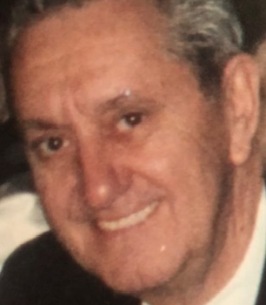 Memorial Candles Lit for George A Petritsch Jr | SEE ALL
Light a Candle
"We are honored to provide this Book of Memories to the family."
— Oliverie Funeral Home
Funeral Details Memory Wall Photos & Videos Send Flowers

Obituary for George A Petritsch Jr

Print
George A. Petritsch Jr., 91, of Leisure Village West, Manchester, died Monday, September 12, at home. Born in Brooklyn, he had been residing in Manchester for 36 years. George made numerous lasting friendships at LVW. He also had a home in Delray Beach Florida where he spent the colder months with his many dear friends. He previously resided in Deer Park, NY. George was a veteran of the US Air Force attaining the rank of 1st Lt. He attended City College and Brooklyn College, graduating with a degree in Physics. He worked as an engineer for the NY Telephone Company in New York City before retiring. There he pioneerded cable television and fiber optics. George enjoyed softball, bridge, swimming, dancing and spaghetti westerns. He also loved to play cards with his family and friends and was a loyal Giants fan. George was predeceased by his wife Pauline in 2006. He is survived by his daughters, Pauline Kelsey, Joyce Petritsch, and Susan Llinares, and his sons-in-law, Alan Kelsey, Rich Scialabba and Rick Llinares. He is also survived by his grandchildren, Melissa and Matthew Kelsey, Richie and Erin Scialabba, Nicole and Sam Llinares, their significant others, Wayne Oliver, Katherine Kelsey, and Jeremiah Kirstein, and his great grandchildren, Grace and Grant Kelsey. George is also survived by his sister Joan Bagnasco and her family, his brother Robert Petritsch and his family, and his nephew Dominick DiNapoli and his family. Memorial Gathering will be attended by family. In lieu of flowers, please make donations to the Wounded Warrior Project.