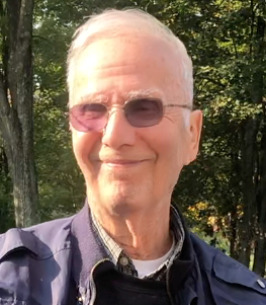 Memorial Candles Lit for George | SEE ALL
Light a Candle
"We are honored to provide this Book of Memories to the family."
— Oliverie Funeral Home
Funeral Details Memory Wall Photos & Videos Send Flowers

Obituary for George A Jaffee

Print
George A. Jaffee, 82, of Leisure Knoll, Manchester, died suddenly, Saturday, October 8, 2022 at home. Born in Jersey City, he had lived in Hillsdale, NJ before moving to Manchester over 6 years ago. He was the owner/recruiter for Placemart Personnel for 30 years before retiring in 1992. George was also a veteran of the Marine Corps. He enjoyed swimming & running, reading about history – including the Holocaust, and eating desserts – especially chocolate cake & chocolate ice cream. George was an inspiration to many and loved his family very much as they were all important to him (including his five dogs) – especially his wife. He is survived by his wife of 60 years, Barbara (Herman) Jaffee; daughters: Jill Lorenz, Debbie & her husband, Bill Matasker, and Kim & her husband, Dave Prado; 8 grandchildren, 4 great grandchildren and Sassy his dog. Memorial Gathering will be Wednesday from 10am-12pm at Oliverie Funeral Home, 2925 Ridgeway Road, Manchester, with a prayer service at 11am. In lieu of flowers, donations can be made to the American Heart Association, 1 Union Street, Ste 301, Trenton, NJ 08691.

Very sorry to hear of your loss. Our thoughts and prayers are with you.

So sorry to hear about your loss. Please let me know if I can help in anyway.