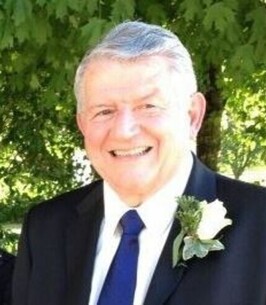 Share this tribute
Memorial Candles Lit for Emmanuel "Manny" Gonzales | SEE ALL
Light a Candle
"We are honored to provide this Book of Memories to the family."
— Oliverie Funeral Home
"Rest in Heaven, thank you for all your help!"
— Gene and Madeline Napolitano
Funeral Details Memory Wall Photos & Videos Send Flowers

Print
Emmanuel “Manny” Gonzales, 88, of Manchester, died Wednesday, December 21, 2022 at Community Medical Center in Toms River after a long battle with cancer.
Born and raised in Jersey City, he lived in Edison from 1965–1981 and then Morris Township for 21 years before moving to The Renaissance of Manchester in 2001. He met the love of his life at the age of 17 and was married in 1957 after serving in the US Army for two years. Manny earned his Bachelor of Science at Seton Hall University and completed graduate studies at NYU. Manny held various officer positions in systems and programming in the banking industry before retiring in 1999. Manny was a man of great faith and served as an Extraordinary Minister of Holy Communion and an RCIA instructor. He was a parishioner of St John’s Church and a member of the Knights of Columbus. Manny had a great passion for sports and was an avid fan of the NY Yankees and the NY Giants. He played softball into his 80s and was the Commissioner of the Manchester Senior Softball League for 10 years. He also served as the president of Pop Warner Football in Edison and President of his Toastmasters International chapter.
He is predeceased by his son, Michael Gonzales in 1963. He is survived by his wife of 66 years, Lois Gonzales, children, Lisa Falcone, Mark, Eric (Gina), Linda Long (John), sister, Dolores Gonzales, 8 grandchildren, Derek (Katie), Vincent, Thomas, Gianna, Carly, Michael, Jessica, Bella, and 2 great grandchildren, Whittaker and Theodore.
Visitation is Tuesday, December 27, 2022, 2-4 & 7-9 pm. Funeral Liturgy will be held on Wednesday at 11 am at St John’s Church, Lakehurst. Interment to follow at Brigadier Gen William C Doyle Veterans Memorial Cemetery, Arneytown. In lieu of flowers please make donations to Wounded Warrior Project, 370 7th Avenue, NY, NY 10001.

To send flowers to the family of Emmanuel "Manny" Gonzales, please visit our Heartfelt Sympathies Store.

We encourage you to share any memorable photos or stories about Emmanuel. All tributes placed on and purchased through this memorial website will remain on in perpetuity for future generations.

In memory of Emmanuel Gonzales
Alan and Corina Frisbee - Thursday December 29, 2022 via Donation
To: Wounded Warrior Project
Share This:

My deepest condolences to all of Mr. Emmanuel Gonzales’ loved ones. May you all feel God’s love during this difficult time. I pray that Mr. Gonzales continues to Rest in Perfect Peace in Heaven with God.
Jessica Ebegbulem - Wednesday December 28, 2022 via Donation
To: Wounded Warrior Project
Share This:

Dearest Lisa,
We have such fond memories of your dad. Wish we could be there to ease your pain.
Our sympathies to all your family. May you find solace and comfort with each other.
Love Peggy and Pamela
Pamela Bailey and Peggy Story - Tuesday December 27, 2022 via Donation
To: Wounded Warrior Project
Share This:

To honor an extraordinary man.
Frieda and Ed Gershuny - Monday December 26, 2022 via Donation
To: Wounded Warrior Project
Share This:

To honor a special man.
Frieda and Ed Gershuny - Monday December 26, 2022 via Donation
To: Wounded Warrior Project
Share This:

Linda - My condolences to your family. I hope the holiday season can provide comfort during this time.
Cassandra Nettles - Friday December 23, 2022 via Donation
To: Wounded Warrior Project
Share This:

God Bless Mr. Gonzales and thank you for your service to keep us Free!🇺🇸
John and Iveliss - Friday December 23, 2022 via Donation
To: Wounded Warrior Project
Share This:

Our deepest condolences, Manny was one-of-a-kind, wise soul, and a father to all of us. We will miss his spirit and generosity greatly.
Zoe and Todd Ward - Friday December 23, 2022 via Heartfelt Sympathies
Flowers were purchased and a memorial tree was planted
Share This:
1 2 next page >>
Page 1 of 2
Share
×