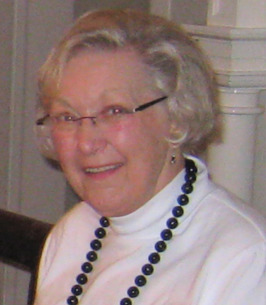 Memorial Candles Lit for Dolores D Thierfelder | SEE ALL
Light a Candle
"We are honored to provide this Book of Memories to the family."
— Oliverie Funeral Home
Funeral Details Memory Wall Photos & Videos Plant a Tree

Dolores was born July 23, 1938 in Clifton, New Jersey. She passed away on February 2, 2020 after a long illness. She graduated from Dover High School and attended Ohio State and Fairleigh Dickinson. While a student at Ohio State, she was featured in the pages of Sports Illustrated - not once, but twice – in a photo of the student section at an Ohio State football game. Dolores worked at Bell Labs for a number of years. Following her marriage to Erhard in 1963, she stayed at home to raise her two sons in Mountain Lakes, NJ. A devoted and loving mother and wife, she was also very active in a number of community organizations, including March of Dimes, the Morris County Hotline and the Dover Junior Women’s Club. Dolores was very involved in her children’s lives, and rarely missed a school or athletic event. In fact, at one point she had an unbroken six year streak of attending every single home and away Mountain Lakes middle school and high school basketball game.

Dolores, her sons and family friends spent many idyllic summer months at their home in Avalon, New Jersey, with Erhard joining them on weekends and vacations. After raising their family in Mountain Lakes, Dolores and Erhard moved to Flanders, NJ and then to Manchester in 2002. Dolores returned to Montclair State to complete her formal studies and graduated summa cum laude with a degree in Psychology in 1981. She then earned a Masters in Social Work from New York University and, upon graduating, launched a new and successful career as a clinical psychotherapist, working in an institutional setting and in her own private practice. Dolores was married to Erhard for over 52 years when he predeceased her in June 2015. She was a constant and devoted companion and caregiver to Erhard as he struggled with health issues during the last decade of his life. While she was heartbroken at the time of his passing, she continued to live her life to the fullest, enjoying her friends and family immensely. Dolores is survived by her son John, of Phoenix, Arizona, her son Mark and daughter-in-law Courtney Lederer, of Princeton, and her adored granddaughters, Zoe and Quinn. The family wishes to thank Dolores Paradise, who was a loyal friend and caregiver to both Erhard and Dolores.

To plant a tree in memory of Dolores D Thierfelder, please visit our Heartfelt Sympathies Store.

We encourage you to share any memorable photos or stories about Dolores. All tributes placed on and purchased through this memorial website will remain on in perpetuity for future generations.