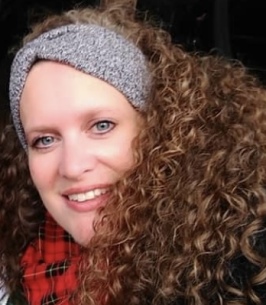 Share this tribute
Memorial Candles Lit for Christine M Duane | SEE ALL
Light a Candle
"We are honored to provide this Book of Memories to the family."
— Oliverie Funeral Home
"A candle for a woman that fought hard to keep her light from burning out. I love ya, Chris."
— Lauren Kreisberg
"You will be forever in my heart. I held you the moment you were born and held you the moment you passed. Save a place for me next to yo..."
— Mom
Funeral Details Memory Wall Photos & Videos

Print
Christine passed away peacefully after a short but debilitating battle with cancer. Christine was raised in Nutley along with her brother, Philip Hamilton, and for 3 years in Worthington, Ohio. Since becoming a single mom to 3 small children over 10 years ago, she fulfilled a 5-year plan & put herself through nursing school while working several jobs; she worked days, nights, overtime, sometimes a couple of shifts in a row, to make ends meet. With little time left for fun, she would find solace in catching an occasional sunrise on the beach with her children, or alone, to unwind. After traveling each day from her home in Toms River to Teaneck, she graduated from Holy Name School of Nursing in Teaneck, in 2015. Christine most recently was employed by Hackensack Meridian, traveling throughout Monmouth County. During the first 2 years of COVID, she worked to the point of exhaustion, not knowing the battle her body was fighting inside. In October 2021, she was diagnosed with Stage 4B neuroendocrine cancer, which had made its way quietly yet aggressively throughout her body, and eventually her brain. She fought long and hard, never complaining about what life had handed her. She will be forever missed but never forgotten. Christine is survived by her 3 young children: Robert Joseph Duane, Mathew Thomas Duane, Abigail Rose Duane; her mother Kathleen Hamilton (nee Rizzuto) & step-father Jack Kreisberg; brother Philip Hamilton of Ohio; aunts Marie Rizzuto, Arlene Rizzuto and Uncle Edward Rizzuto and cousins. Celebration of Life is Saturday July 30, 2022 from 2-4 PM at Oliverie Funeral Home 2925 Ridgeway Road, Manchester with a 3 PM service. In lieu of flowers, Christine would appreciate donations made in her name to Memorial Sloan Kettering Cancer Institute 480 Red Hill Road, Middletown NJ 07748.

We encourage you to share any memorable photos or stories about Christine. All tributes placed on and purchased through this memorial website will remain on in perpetuity for future generations.

Add Photos Post Condolence
JB
I am truly grateful to have known Christine and her family. We’ve shared so many important moments in our lives and I’m saddened for your family’s loss. She was an amazing woman!
Jennifer Brex - Saturday July 30, 2022 via Condolence Message
Share This:

A candle for a woman that fought hard to keep her light from burning out. I love ya, Chris.
Lauren Kreisberg - Sunday July 24, 2022 via Memorial Candle
Share This:
T
So sorry to hear this news rest in peace
Tom Duane - Wednesday July 20, 2022 via Condolence Message
Share This: