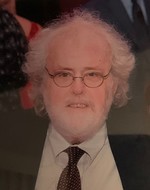 Charles Henry Morgan III 72 of Manchester died Tuesday March 24, 2020 at Ocean Medical Center, Brick. He was born, raised and resided in Elizabeth until 1978 when he moved to Manchester. He worked as a Bank Officer for 45 years before retiring in 2009 from Union County Savings Bank in Elizabeth. He was a very quiet gentleman who enjoyed spending his time with family and friends, especially his grandchildren, they were the light of his life. Surviving are his wife, Angela (DeVito), Sons, Thomas J & his wife Laura of Waxhaw, NC, Charles H IV & his wife Kimberly of Freehold and Patrick A of Manahawkin & daughter-in-law, Jessika of Manahawkin and 6 grandchildren, Connor, Antonia, Kendall, Reese, Charles V and Cooper. Services were private. In lieu of flowers please make donations to www.Donate /The National Gaucher Foundation_gaucherdisease.org. Due to the current health situation, family will not be receiving any gifts or packages at the home.